Howard Terpning is among the Highest Value living Artists in America. His work regularly sells for over a Million Dollars. Below is a Photo of Howard and Emil at a show in Tuscon , Arizona in 2014. 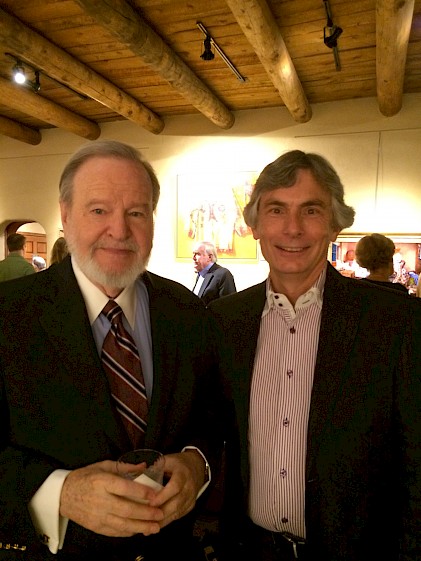 Starting in 2004, the Wellington Gallery had more annual sold out shows for Terry Watkinson than any other Gallery in the Country. Terry is among the most gifted Landscape Artists in Canada and his Artwork is collected worldwide. 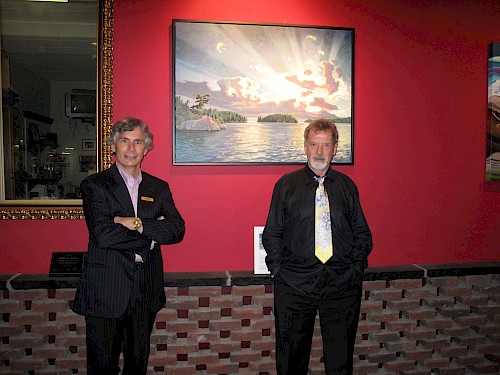 The Gallery had acquired and sold the two most acclaimed, original, Bateman paintings of Horses, Winter Gathering and Mustang Country. 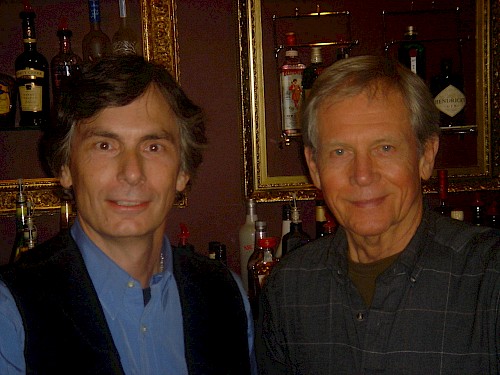 Kaufman was a colleague of Andy Warhol and was 6 feet 8 inches tall so he was nice enough to sit for this photo! Here we are having a pint of Guinness together, only a few years before his tragic death in 2010. The Wellington Gallery was the last Gallery outside the United States to hold a show for Steve Kaufman. 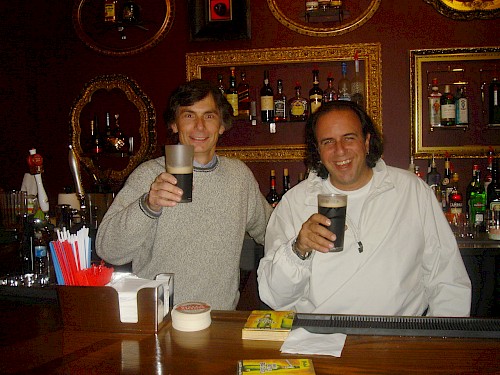 A truly special International Artist. Carl was visiting from his native Belgium and brought a beautiful Snow Leopard painting into the Gallery. 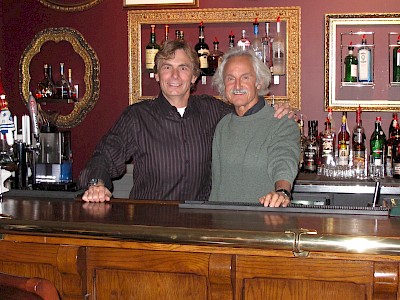 At the Coeur D'Alene Art Auction in Reno, Nevada with Bruce's painting of "General Custer" which set an auction record for the Artist. 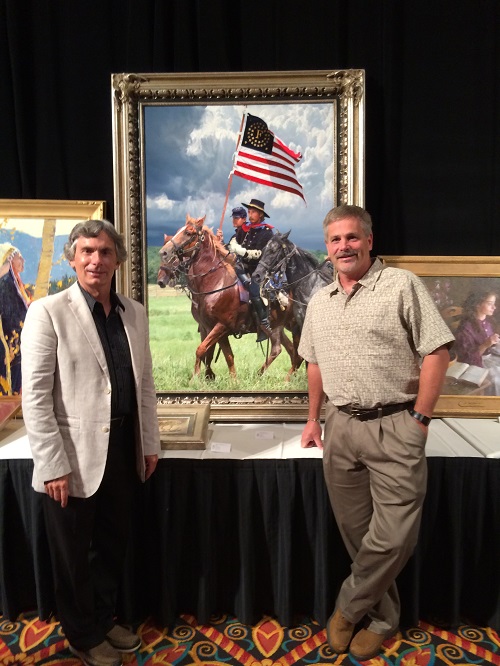 Michael Adamson is among the finest Abstract Artists in Canada. The Gallery has represented Michael's work for 18 years. Below is a Photo of Michael and Emil in 2009. 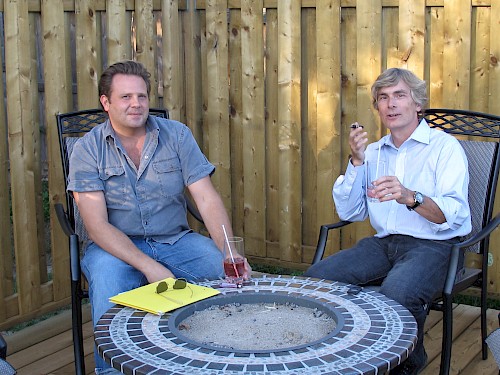 The Wellington Gallery began in 2004.

Over the years, the Gallery Owner has developed dozens of close relationships with the Top Artists in Canada. This enables the Gallery to offer paintings at wholesale pricing and help clients obtain artwork by commission from the Top Artists.

Our pricing is competitive because our overheads are much lower than other Galleries.

All items all priced in Canadian Dollars (CAD).

The Gallery specializes in Art Consultation, Sales of Fine Art and Sculptures and Commisions. We do "house calls!".

We are also Open by Appointment for your convenience during the day or evenings.