Lawren Stewart Harris CC was a Canadian painter, born in Brantford, Ontario. He is best known as a member of the Group of Seven who asserted a distinct national identity combined with a common heritage stemming from early modernism in Europe in the early twentieth century.
Artist Category Landscape & Seascape
Wildlife & Nature

Lawren Stewart Harris CC (October 23, 1885 – January 29, 1970) was a Canadian painter, born in Brantford, Ontario. He is best known as a member of the Group of Seven who asserted a distinct national identity combined with a common heritage stemming from early modernism in Europe in the early twentieth century. A. Y. Jackson has been quoted as saying that Harris provided the stimulus for the Group of Seven. During the 1920s, Harris' works became more abstract and simplified, especially his stark landscapes of the Canadian north and Arctic. In the 1930s, He stopped signing, titling and dating his works so that people would judge his works on their own merit and not by the artist or when they were painted. 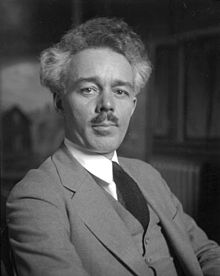 "Mountain Forms" is the most expensive Lawren  Harris painting ever sold at auction, it set a Canadian art record, selling for $11.2 million in 2016.

This 1926 artwork represents Mount Ishbel, a mountain peak in Canada. It is visible on the horizon and recognizable by the distinctive tilted strata of gray sedimentary rock. The hard material of the mountain is transfigured in an almost metaphysical vision. It almost entirely occupies the space of the canvas, capturing attention without accessory elements that can distract the look.

The painter filled a large painting with cold colors, from white to ice, to violet, to green, to petrol green: Harris was not satisfied with the spot colors, he succeeded in elaborating a chromatic range made of many shades. The colors chase each other on the canvas, from the dark to the light of the top of the mountain, and draw the gaze towards the top of the hill. The clouds are not realistic: they take up the shape of the mountain, of triangular lines, and there is no sun passing through them. The light captured by the ice on the top of the hill is not a natural light, it is an illumination, which gives to the image a character of revelation, a spiritual stature. According to the creed of Harris, who was an adept of Theosophy, "Art is the beginning of vision into the realm of eternal life."

"Winter Sunrise" is one of the  most famous Lawren  Harris paintings from the year 1918.

In 1918 and 1919, Harris financed boxcar trips for the artists of the Group of Seven to the Algoma region, travelling along the Algoma Central Railway and painting in areas such as the Montreal River and Agawa Canyon. In the fall of 1921, Harris ventured beyond Algoma to Lake Superior’s North Shore, where he would return annually for the next seven years. While his Algoma and urban paintings of the late 1910s and early 1920s were characterized by rich, bright colours and decorative composition motifs, the discovery of Lake Superior subject material catalyzed a transition to a more austere, simplified style, with limited palettes – often jewel colours with a range of neutral tones.

Mount Lefroy is a mountain on the Continental Divide, at the border of Alberta and British Columbia in western Canada. The mountain is located on the eastern side of Abbot Pass which separates Lake Louise in Banff National Park from Lake O'Hara in Yoho National Park.

The subject painting was completed by Patrick Hickman. Patrick worked in the world of commercial art as a Designer of product packaging and illustration. He moved into the Fine Arts were he became a visual arts teacher for elementary, high school and On Line Learning developer for History of Arts credit courses for College and University students. His teaching experience has extended to that of an Art Educator for the McMichael Canadian Art Collection. Patrick graduated from the Belfast College of Technology and has a Bachelor of Fine Arts (BFA), BFA Design.